Founder, Producer & Engineer, "In The Studio With Bruce Swedien"

"CRITICAL LISTENING" THROUGH THE EQUIPMENT...

Five-time Grammy winner Bruce Swedien's career in music recording began with the music of the post-swing era ans continues through today's multi-media digital technology. First publicly recognized in 1962 with a Grammy nomination for Frankie Valli and the Four Seasons' Big Girls Don't Cry, Bruce went on to record and mix Michael Jackson's Thriller, the best-selling album in the history of recorded music (36 million copies today). "You don't listen to the equipment, you listen through the equipment." - Bruce Swedien. Bruce has been nominated for a total of 13 Grammies. He has also been awarded 10 Grammy certificates, two ASCAP composer Awards and has been nominated for five TEC Awards. Bruce was born in Minneapolis, Minnesota. He graduated from Minneheart Academy High School in Minneapolis, and studied electrical Engineering with a minor in music at the University of Minnesota. He studies classical piano technique with private teachers from age 10 to age 18. Bruce married Beatrice Anderson soon after graduation from high school. He began his recording interest with the gift of a disc recording machine from his father on his tenth birthday. Ten minutes later, he decided on music recording as a career. At the age of 14 years, Bruce began working in a small basement recording studio in Minneapolis evenings, weekends and summer vacations. "Let's get this out in the open once and for all. Here is how I feel about compression... Compression is for kids!!!!" - Bruce Swedien.He continued this activity all through his high school years. Upon graduation from high school, he bought his first professional tape recorder (Magnacord Model PT-, which he used continually to learn more about music recording. He worked in all around Minneapolis during University ans early years of marriage, recording jazz groups, choirs, polka bands, commercials for radio and assorted music groups. During the summer of 1953, Bruce tried briefly to work as a Disc-Jockey for a small radio station in nearby Wisconsin, but he always seemed to end up somewhere with his tape recorder, recording some willing musical group. Bruce came back to Minneapolis to continue his formal education, and while doing so, took a full job as operator of the Schmitt Music Company's recording facility. There, he had the opportunity of working for the first time with major recording artists such as Tito Guizar and Tommy Dorsey. Running a recording studio worked very nicely, so he bought the equipment and business from Schmitt's and moved the facility to a large, old movie theater on Nicollet Avenue in Minneapolis. He was then 19 years old and bursting with ambition and energy. It took a lot of both to mold the old movie theater in the fine recording studio that it soon became (it still is a world-class recording studio). 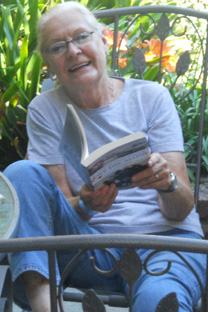 In 1957, Bruce moved with wife Bea and the now three children to Chicago, to work for RCA Victor recording studios. While there, he did several recordings with the Chicago Symphony Orchestra. During this period, he rcordes Jimmy Dorsey's last recording. It was released on the dot label. Bruce worked for RCA for 11 months. During that time, Bill Putnam's Universal Recording at Chicago was compelling its new large facilities at 46 East Waltos. From 1958 to 1967, Bruce worked on staff for Universal Recording Studios in Chicago. During that period, he recorded every major artist that recorded in "the Windy City", among them Count Basie, Stan Kenton, Duke Ellington, Woody Herman, Oscar Peterson, Sarah Vaughn, Dinah Washington and many more. During that time, he met and worked with Quincy Jones, a relationship that has lasted, happily, to the present time. Since going independent in 1969, Bruce has been doing the major share of his projects in New York and Los Angeles on record albums and motion pictures scores. He moved his residence and business to the Los Angeles area in December of 1975. In June of 1977, he went to New York to work w 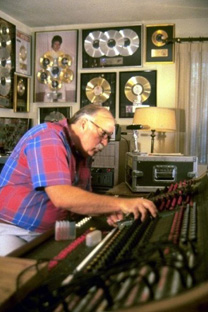 ith Quincy Jones on the motion picture The Wiz. It was at this occasion that he met and began working with Michael Jackson. He has produced and co-produced the music for several albums and motion picture scores. Bruce moved his residence and business to the New York area in May of 1994. During this time, he authored many articles for major industry-made journals and magazines. He has conducted a Master Class in music engineering for the University of California, Los Angeles. He has done many lectures and music recording seminars for Universities, Colleges and other organizations, including the Audio Engineering Society, the National Academy of Recording Arts and Sciences here in America, and industry societies in Sweden, Norway, Finland, Japan, Germany and Mexico City, Mexico. Following Bruce's move to Florida, he started the "In the Studio With Bruce Swedien" Workshops. These Workshop classes are designed for those professionally involved in the technical aspects, the performing, and the production of high-quality recorded music. Bruce demonstrates a process of listening that involves analysis, serious thinking and thoughtful judgment. When it comes to recording and mixing music, you will see how Bruce Swedien has used this process every day and throughout his entire career! Together you will be able to explore all phases of world-class, state-of-the-art music recording right up to and including the final mix....

If you would like to contact In The Studio With Bruce Swedien, please use the information below.

Share this page
© 2011 In The Studio With Bruce Swedien - All Rights Reserved.
Powered by CSA